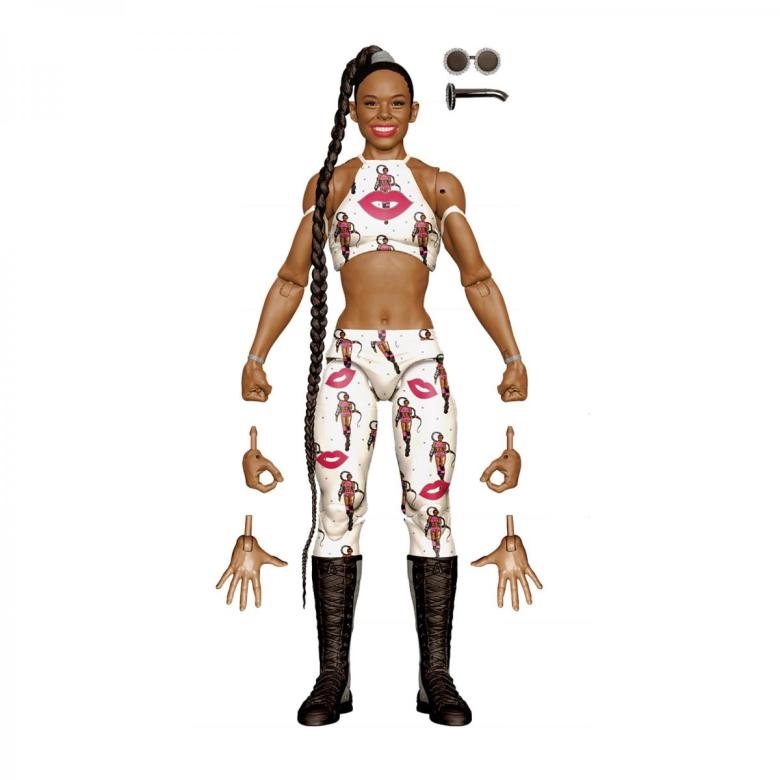 Get your wallets ready. Pre-orders for WWE Elite 81 and Basic Series 114 and 115 went live on Ringside Collectibles on Friday afternoon.

We already knew that E81 would be headlined by the first Elite figures of Biana Belair and the Street Profits (Angelo Dawkins and Montez Ford), as well as the first WCW “Stunning” Steve Austin, with the debut of the WCW World Tag Team Championship, and a Collector’s Edition Mae Young figure.

The final two figures in the wave were revealed as The Rock and Shinsuke Nakamura, who also is the wave’s chase variant. Renders of Nakamura and The Rock were not shared, and let’s be real. As much as I love both, the inclusion of Nakamura, who has received multiple releases (Elite, Ultimate Edition, Defining Moments, store exclusives, etc.) and The Rock, who has a premium Ultimate Edition figure on the way, is a bit baffling.

Basic Series 114 features the first Fiend basic figure, as well as the debut figure of Rhea Ripley. Others in the wave include Chad Gable (Shorty G), Kofi Kingston and Ricochet (with a chase variant). The set, priced at $89.99, ships in late-October. The only render in the wave shown was for Ripley, but I’m pretty sure that’s the render for the upcoming Elite 84 figure.

Meanwhile, Basic Series 115 is headlined by the first figures of Tegan Nox and Humberto Carrillo, who is the chase variant in the wave. Rounding out the wave are Becky Lynch, Big E and Braun Strowman.

Someone is excited about her first figure, and rightfully so.

Hey, did you know that you can pre-order my first action figure RIGHT NOW!! This is still so crazy!🤯🤯 https://t.co/BZZCm2YpAc

In other Ringside pre-order news, the online retailer said it expects to receive more Ultimate Edition Series 5 John Cena figures as soon as the next week and as late as the next three weeks. So if you missed the first pre-order, no need to drop more than $300 for one on eBay.

If you’ve been waiting to order the Ringside Collectibles exclusive AEW scale ring with exclusive Kenny Omega figure, you might want to pull the trigger soon. The price of the ring has gradually increased over the last month from around $89 (I believe) to $104.99. The set is expected to ship in late August.

With any Ringside order, remember that you can get 10% off with code wfigs or free shipping on orders over $50 with the code freeship.

For a quick picture of what’s selling on Ringside, here’s the best sellers of the last week, topped by AEW Unrivaled Brandi Rhodes. Brandi’s figure wasn’t shipped in the initial wave of figures to brick-and-mortar Walmart stores but will be in replenishment cases.

Finally, I received an email from Target this morning that my pre-order for the WWE Legends Series 7 Greg “The Hammer” Valentine figure has been delayed again. Check your emails to approve the delay or your pre-order may be canceled.

The next supposed arrival date: September 4. I’m not holding my breath.