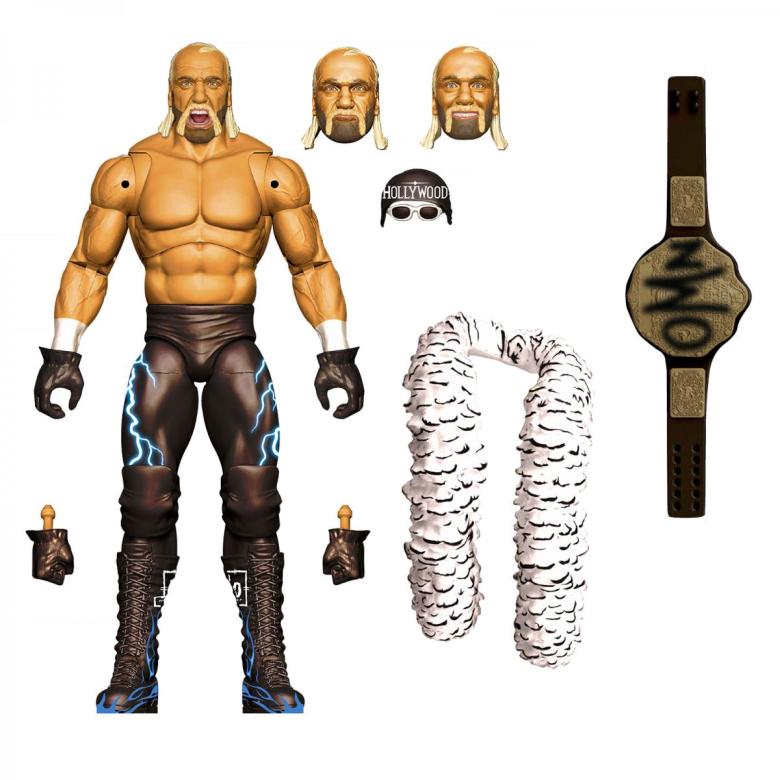 Get your wallets out. Ringside Collectibles has uploaded another round of pre-orders, highlighted by Ultimate Edition Series 7 figures of The Fiend and “Hollywood” Hulk Hogan and the WrestleMania II Elite 2-pack of Mr. T and “Rowdy” Roddy Piper.

The Ultimate Edition line, which has been in high demand during the pandemic (Brock Lesnar and John Cena went in- and out-of-stock at various retailers), marks Hogan’s return to the Mattel WWE figure line. So this is shaping up to be the most in-demand wave in the line yet.

Each figure in Ultimate wave 7 is listed at $44.99, and the set of two is retailing at $87.99 (code wfigs knocks 10% off).  Yes, they’re pricey, but you’re paying for Ringside to overnight these from the factory in China to get them to the U.S. in time for the holidays. Ultimate 7 is  expected to be in stock in late November.

WrestleMania season has also apparently come early. The Mr. T vs. “Rowdy” Roddy Piper 2-pack retails for $49.99 and gives collectors who missed out on the San Diego Comic-Con exclusive a second (or third) chance to add an Elite of the A-Team and Rocky star to their Detolfs. The set is expected in stock in late November.

The WWE WrestleMania 37 celebration wave of two figures — Andre the Giant and “Macho Man” Randy Savage in their WrestleMania III attires — is a must-get for Golden Era collectors as this is the first time any WWE licensed toy maker has released the WrestleMania III/VI ring cart. Those figures retail for $25.99 each or $49.99 for the set and are expected to ship in late October.

In other Ringside pre-order news, the first two waves of a new Basic 2-pack series, called “Showdown,” went up for pre-order last week.

We haven’t gotten a look at the set just yet. Matt Cardona and Brian Myers speculated on this week’s Major Wrestling Figure Podcast that the Showdown line will replace the Battle Pack line.