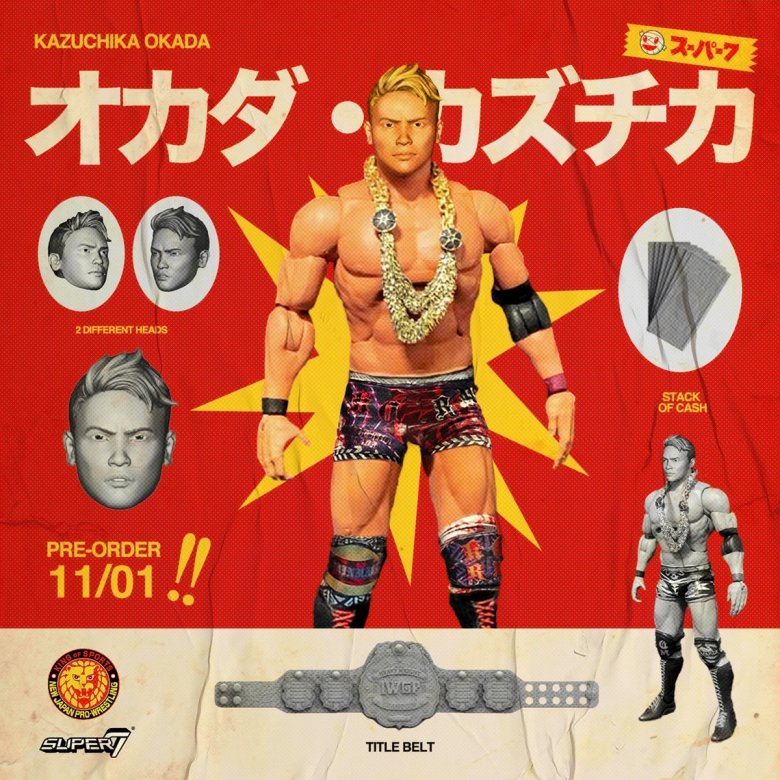 “Unfortunately one of the items on your order has been delayed by the manufacturer. That item is: New Japan Pro Wrestling Series 1. This assortment was scheduled for October. The manufacturer has informed us that they are pushing back the ship date and that we can now expect to receive them around January.”

Super 7 has not yet offered an update.

The first wave of New Japan Ultimates features Kazuchika Okada, Tomohiro Ishii, Hiroshi Tanahashi and Will Ospreay. The set originally went up for pre-order on November 1, 2019. Shipments were originally projected to begin over the summer of 2020, but the COVID-19 pandemic forced delays until October. Now the set is expected to ship in January 2021.