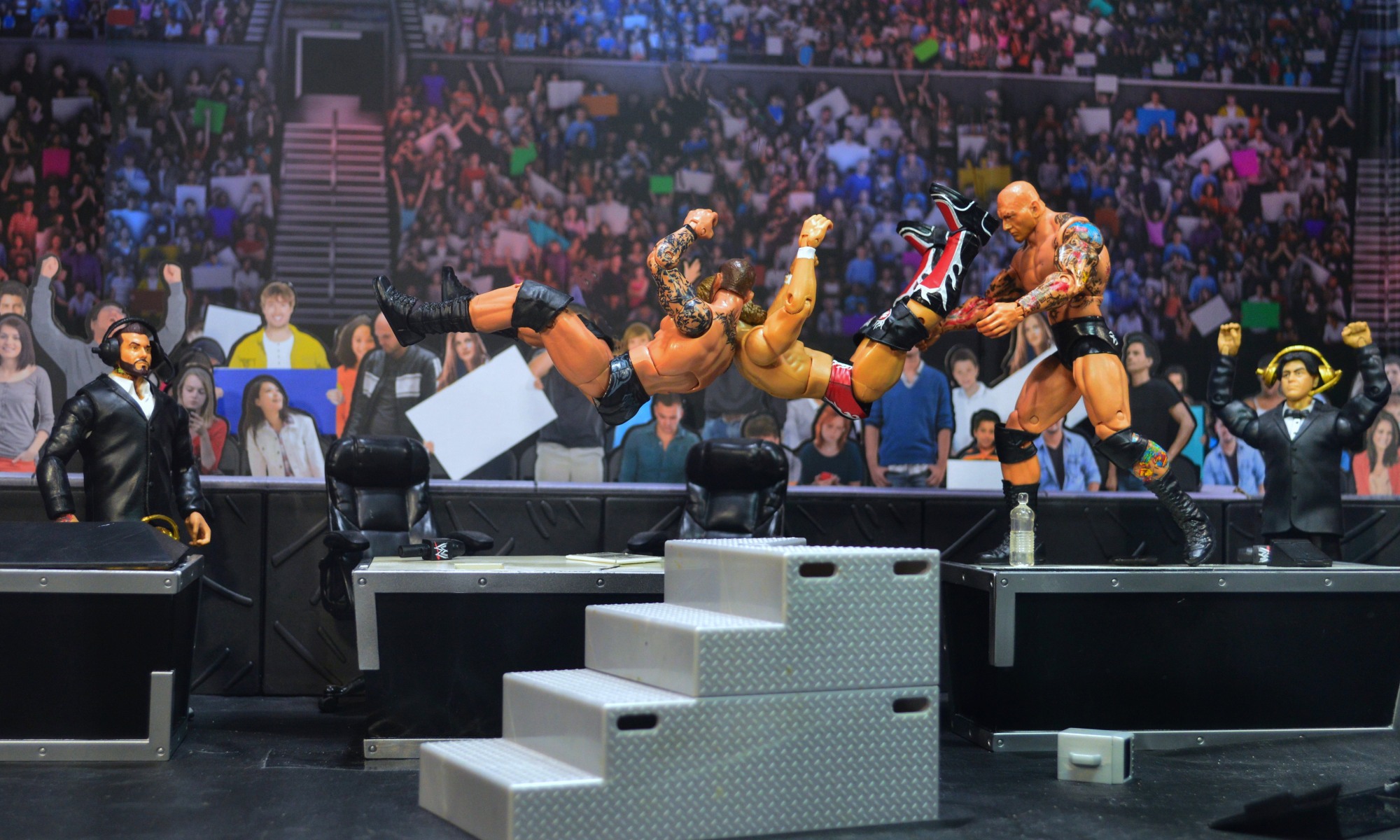 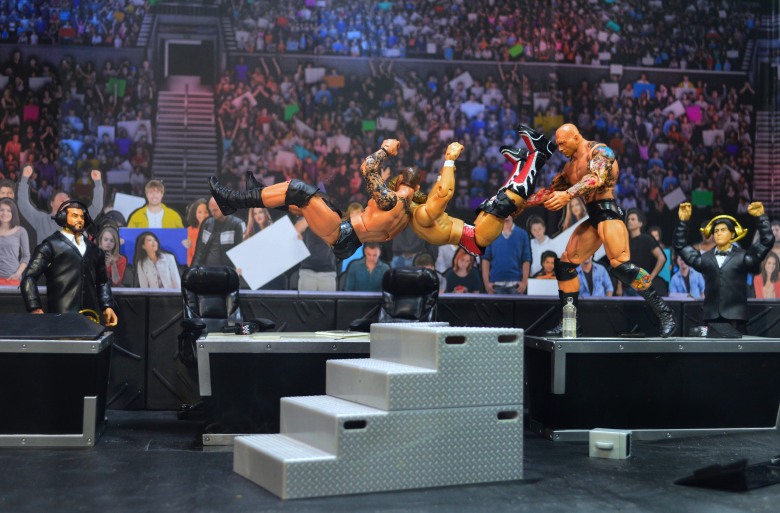 Fig Photos has quickly established himself in the wrestling figure photography community for pulling off compelling and complicated shots.

For just one example, take a look at the above recreation of the Batista Bomb into an RKO combo on Daniel Bryan from WrestleMania 30. The shot transports you back to that night in New Orleans.

This fits the style of the North Carolina-based amateur photographer, who focuses on his favorite moments and matches from the past.

“I don’t really plan them out I just kinda mess around until I have something I like,” he told me.

Fig Photos is relatively new to pro wrestling, having started watching in 2007. But he has quickly caught up on the history of pro wrestling.

“I’ve pretty much watched every show since ’97 and do have decent knowledge of the territory days,” he said. “I personally enjoy the Ruthless Aggression [era] the most, specifically ’03 to ’05 along with parts of the of the Attitude and PG eras.”

Indeed, Fig Photos has begun digging deeper into the WWE archives, with this iconic shot of Mr. T giving “Rowdy” Roddy Piper an airplane spin from the first WrestleMania.

Fig Photos’ body of work also takes on a lot of high-flying action, including …

Shawn Michaels leaping off the ladder onto Razor Ramon at WrestleMania X;

Mankind diving off the top of the classic blue steel cage to drop an elbow drop on Triple H.

And Big Van Vader with a big moonsault.

This growing body of work has largely been built over the last two months, and Fig Photos seems to be finding a style.

“I’ve grown up watching wrestling and collecting action figures,” Fig Photos told me. “I never really knew about figure photography until about a year ago and thought it was cool but never something I could do. So a few months ago, I kinda started putting together a figure room and kinda wanted something new I could do and enjoy. So I was messing around one night and took a few pictures with my phone and thought I’d looked kinda cool.

“I honestly am just doing it out of enjoyment and would like to become someone in the community,” he added. “I’ve already got others sending me their pictures asking for feedback, which I think is incredible. I love seeing other people’s work and love the atmosphere in the community.”