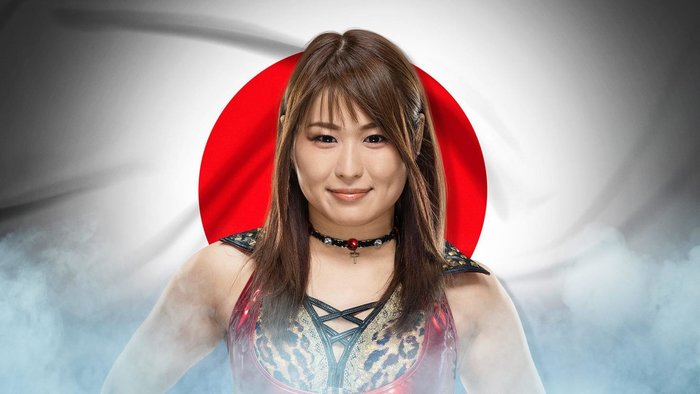 Ringside’s pre-order price for Shirai and the regular version of Fish are $28.99, while Fish’s chase variant is listed at $34.99.

Elite 79 does not appear to include a legends figure, and the wave instead leans heavily into current stars Roman Reigns, Daniel Bryan, and the New Day’s Big E and Xavier Woods. Those figures are priced between $26.99 and $27.99 on Ringside.

With the set slated to ship in late August, the figures are likely to be revealed during this week’s San Diego Comic-Con at-home event. (The Mattel WWE panel is scheduled for Thursday, July 23, at 3 p.m. EST.)

Many collectors are hoping one of the Fish attires will be a matching camouflage attire to the Elite 72 Roderick Strong figure.

The Ringside pre-order comes at the premium price, which 99% of the time ships before any other retailer.

Entertainment Earth has also put the Elite 79 cases and individual figures up for pre-order, with a stated release date of October. Individual figures are listed with a pre-order price of $19.99, but EE does not offer the chase Fish.

The Elite 79 case breakdown, via EE, is:

Ringside is also offering Elite 78 with a pre-order ship date of early August. E78 features the debut Elites of Matt Riddle and Drake Maverick, a Collector’s Exclusive of “Superstar” Billy Graham, and R-Truth with the first release of the 24-7 Championship, as well as Naomi, Randy Orton and Kofi Kingston.

The E78 pre-order on Entertainment Earth lists a September ship date. The case breakdown is: