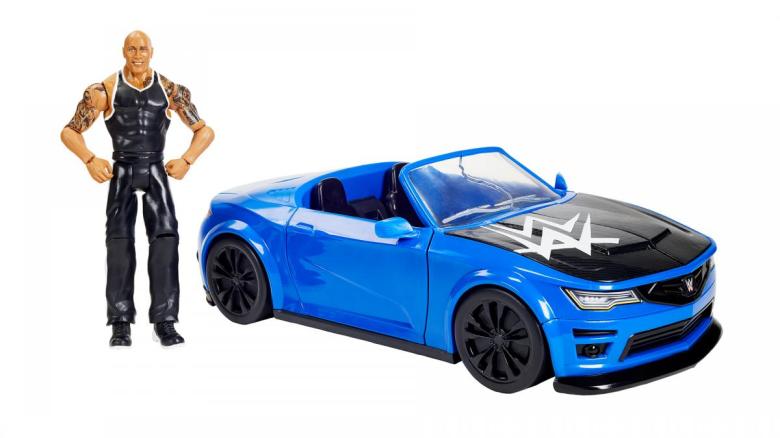 Mattel’s Wrekkin Slam Mobile version 2 is now available for pre-order on Amazon.com. The blue car version, which comes with a basic action figure of The Rock, retails for $29.99 and is slated for release on April 17.

The Slam Mobile series of vehicles are made to break apart during play, and from experience, kids love these things.

The second version of the Slam Mobile car follows the red version released a couple of years ago and the Slambulance. The car features eight breakable parts and rolling wheels.

If you missed out on the first version or just want to build out your parking lot, here’s your second chance.