An AEW Unrivaled Series 2 MJF 1-of-100 chase figure was received as part of a pre-order from Ringside Collectibles.

WrestlingFigs.com forum member Roadie Codes shared that the figure was received, in a protective case, as part of a pre-order made in early August.

The first round of pre-orders for the series sold out at Ringside Collectibles. In addition to MJF, the second series features Hangman Adam Page, Rey Fenix, Penta El Zero M, Dustin Rhodes and Jon Moxley, who also has a 1-of-500 chase figure.

Here is an additional image, previously shared, of the MJF chase figure.

UPDATE: The 1-of-500 Moxley figure has also shown up in a Ringside order.

Got my #AEW #Unrivaled #Series2 preorder today! And look what was IN THE BOX! At least my recent mail luck is intact! Thanks @RingsideC! @JeremyCom #1in500 #Chase #JonMoxley 🤘 pic.twitter.com/UFiTAeJALt

Well, @RingsideC just made my day lol didn’t expect to get a chase in the set 🔥🔥 pic.twitter.com/1iuWVWSWll

Here’s another look at that figure. 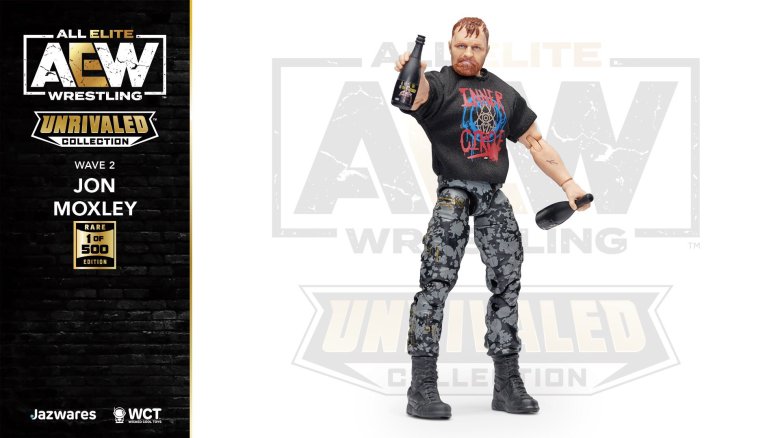 Ringside previously shipped a 1-of-1,000 chase Chris Jericho figure to consumers as part of a pre-order.