Wrestling figure collector Christmas is just a day away. But the reveals have already started, with Mattel sharing a first look at its WWE Elite 78 set as part of the early Comic-Con At-Home reveals. With an early August ship date on Ringside Collectibles, a look at the set was pretty much a lock.

The highlights of the set are the first WWE Elite figure of Matt Riddle, a Collector’s Edition “Superstar” Billy Graham figure with 1970s and 1980s era heads, the debut of the 24-7 Championship and a chase figure of Naomi.

The set also includes the first Drake Maverick Elite figure, as well as updated Elites of Kofi Kingston and Randy Orton. Let’s take a look, starting with the jewel of the set, Matt Riddle.

The Original Bro is a must-have. Riddle comes with flip flops, a headband and an entrance jacket. The likeness is close and the Series 103 is an option for a head swap if this head sculpt just doesn’t look right in person. Verdict: Pre-order it. 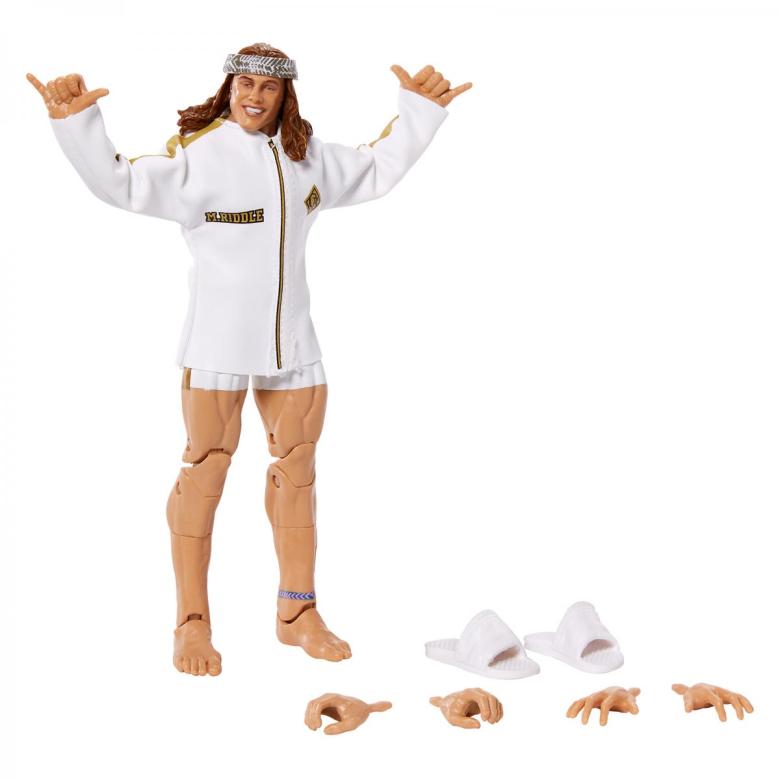 The debut Elite of “Superstar” Billy Graham is a tower of power, too sweet to be sour. It’s a must have flashback figure in the Collector’s Edition series, with head sculpts depicting his WWWF and WWF runs in the 1970s and 1980s, respectively. I’m leaning toward displaying the 1970s version of the Superstar, who comes with sunglasses, a boa, tie dyed shirt (looks like the same one as Don Muraco Survivor Series Elite) and extra hands. Now, if we could just get a classic WWWF Championship and The Grand Wizard of Wrestling to go with him, this would be an even more perfect figure. Verdict: Pre-order it, daddy! 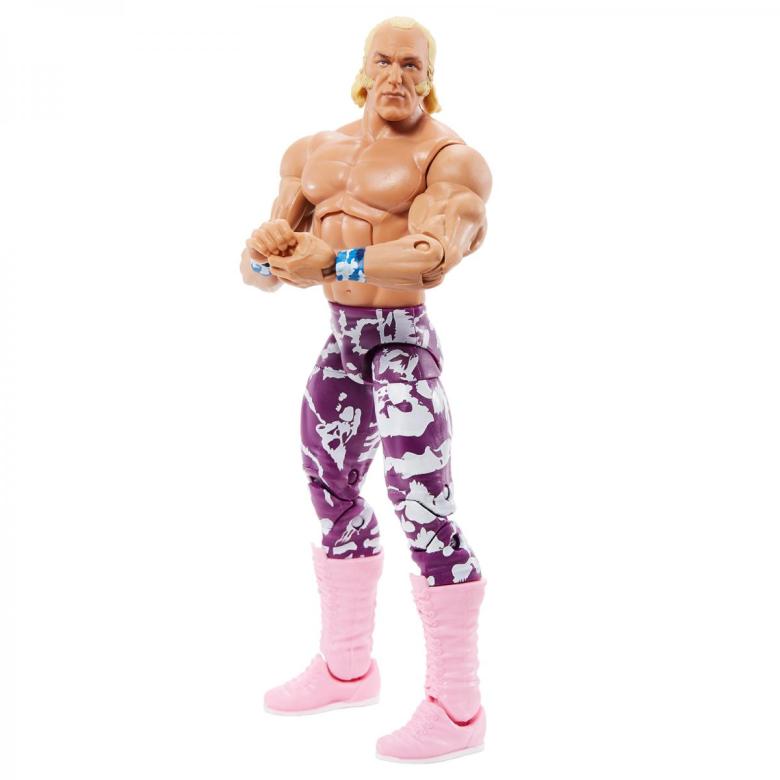 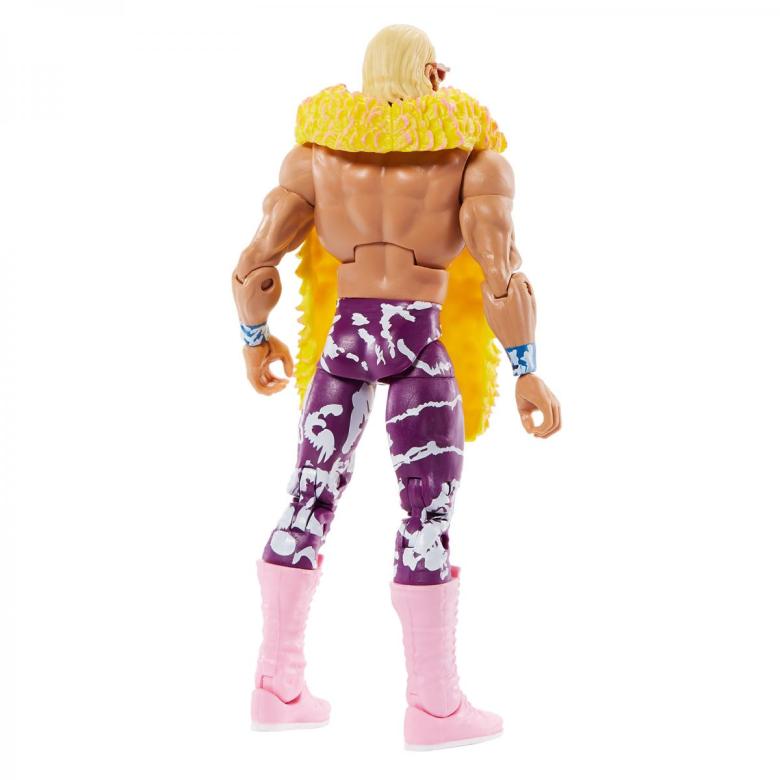 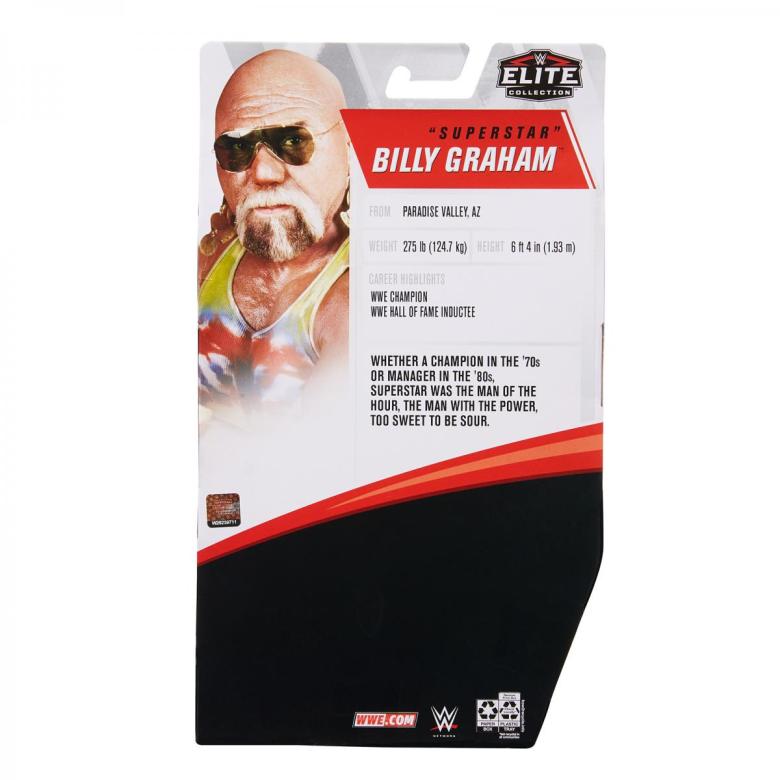 Has R-Truth had an Elite since Elite 15? It feels like it’s been a decade since R-Truth was featured in the Elite line. But this R-Truth figure isn’t one to sleep on. The debut 24-7 Championship makes it a must-have, and the likeness on Truth is spot on. The 24-7 Championship isn’t glossy, but really, it works. Verdict: Buy it for retail. 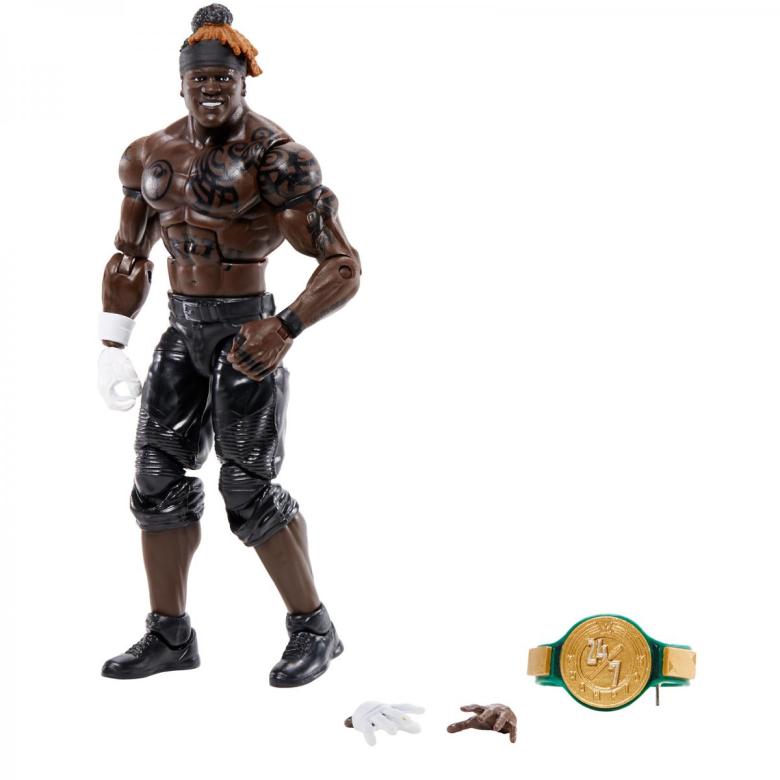 Drake Maverick was the story of the NXT Cruiserweight Championship tournament, and this figure has underdog appeal. Although the deco is a bit plain, the inclusion of the R-Truth wanted poster and cloth Maverick 24:7 shirts are nice touches. This is definitely an upgrade from the Basic 102 figure. Verdict: Buy it for retail. 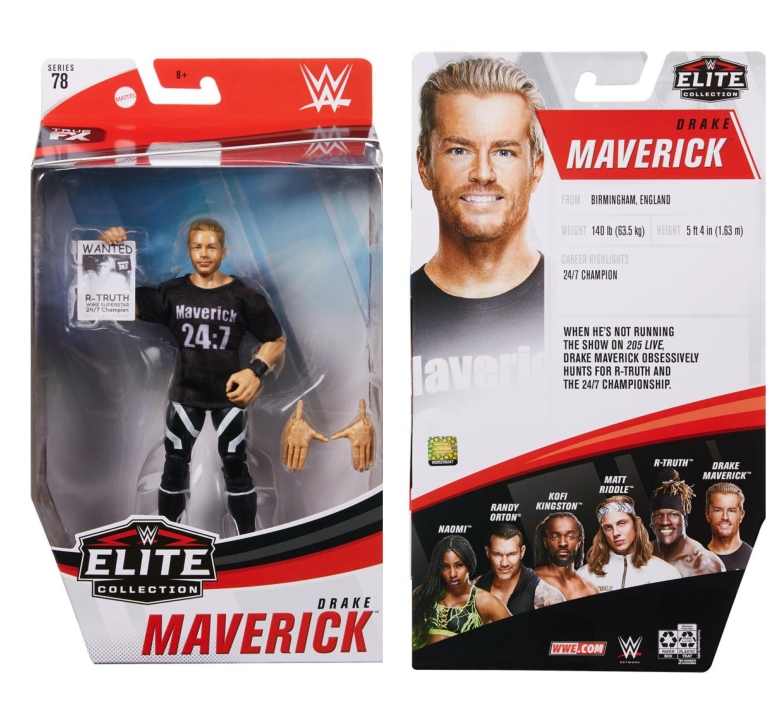 Elite 78 Kofi Kingston feels like a letdown after seeing the rendering. The attire colors appear darker and less vibrant than the rendering and don’t have the same pop. Plus, Kofi’s head sculpt feels a little off. Maybe it’ll look better in-person — and I reserve the right to be totally wrong — but as of now, I’m happier with the WrestleMania 36 Elite from earlier this year. Verdict: Pass. 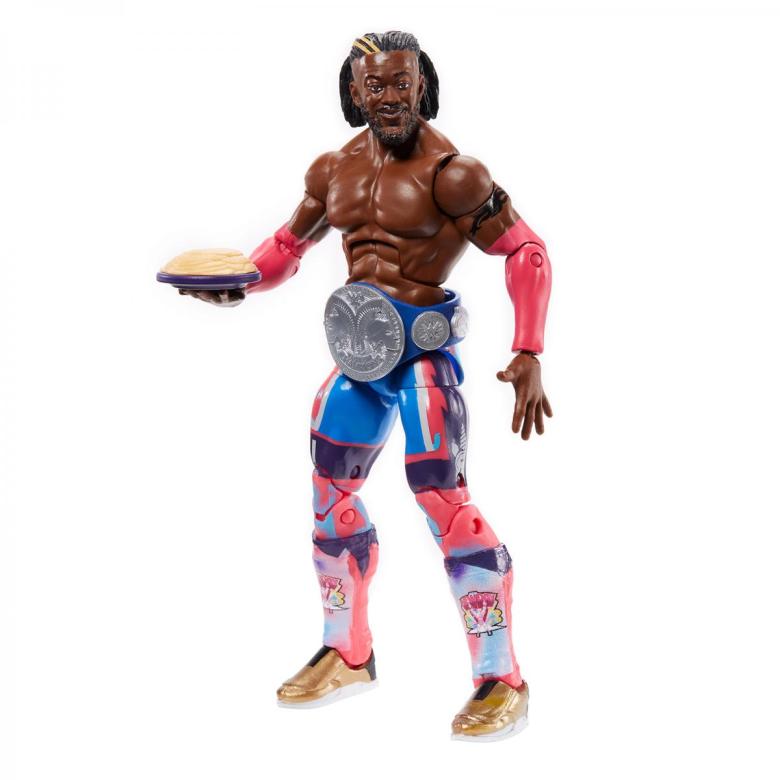 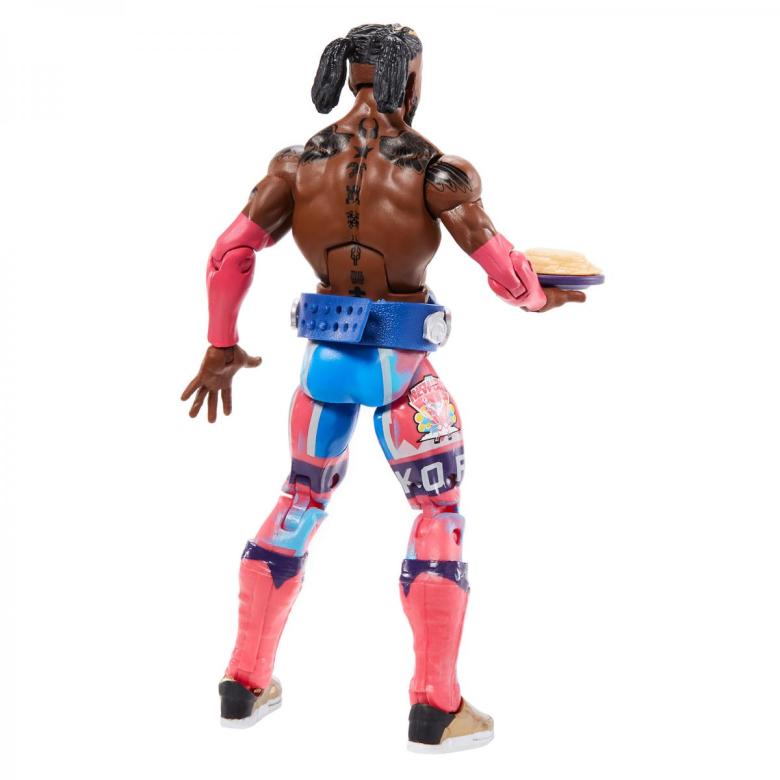 Randy Orton’s Elite 78 figure doesn’t appear to be much of an upgrade over the Elite 67 or WrestleMania 34 Elites. Nevertheless, I want to see the head sculpt up close before making a final judgement. Still, there’s not much to go with this Orton — another hoodie? hands? — to incentivize an order. Verdict: On the fence.

The chase figure in the set is Naomi in her “Feel the Glow” attire and a glow-in-the-dark WWE Women’s SmackDown Championship. The core offering Naomi doesn’t have the same colorful attire — just more green. This feels like a tossup to me with neither figure standing out over the other, and so I won’t be store hopping or paying inflated prices on eBay for this one. Verdict: Buy it for retail if I see it. 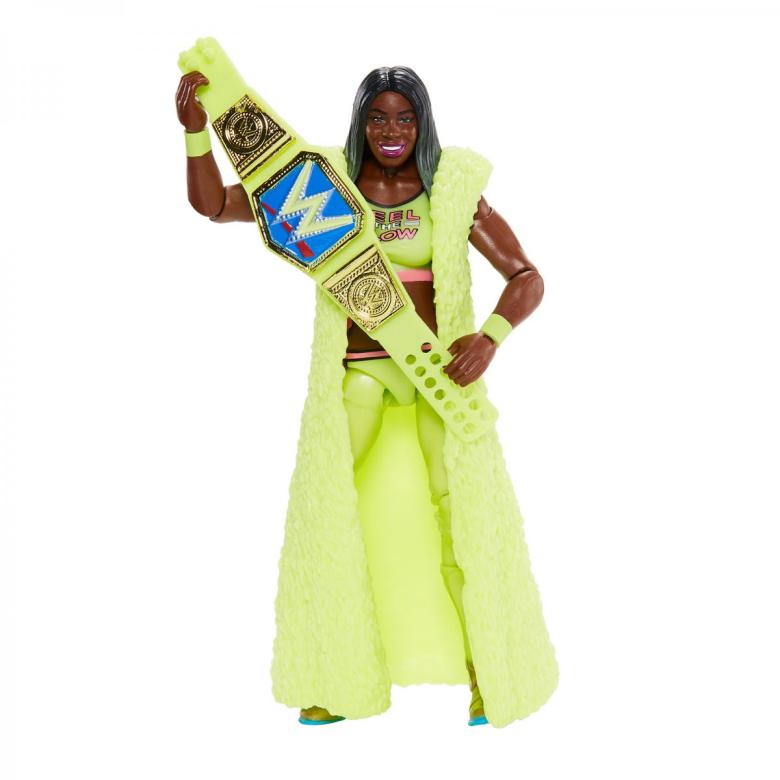 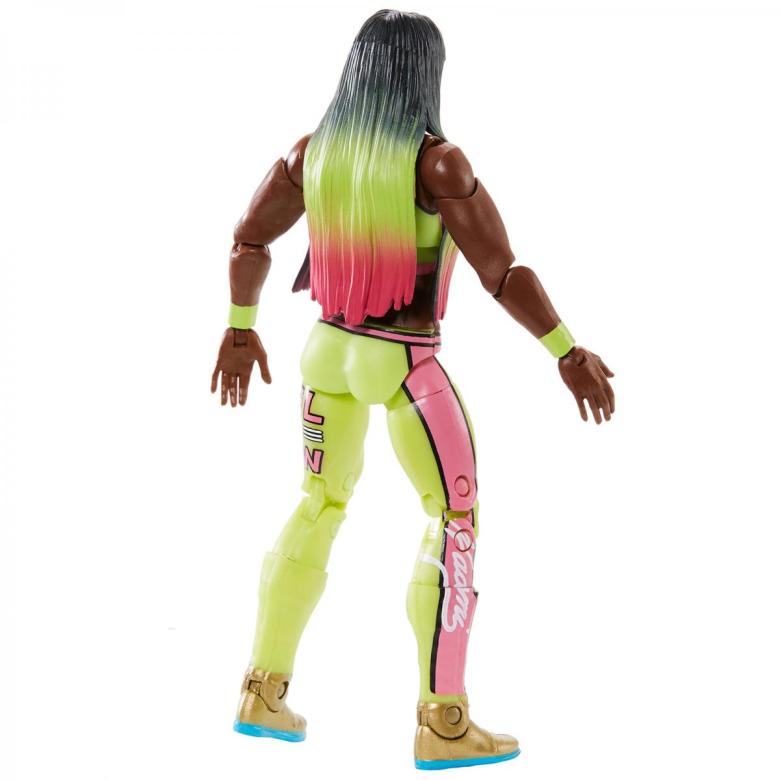 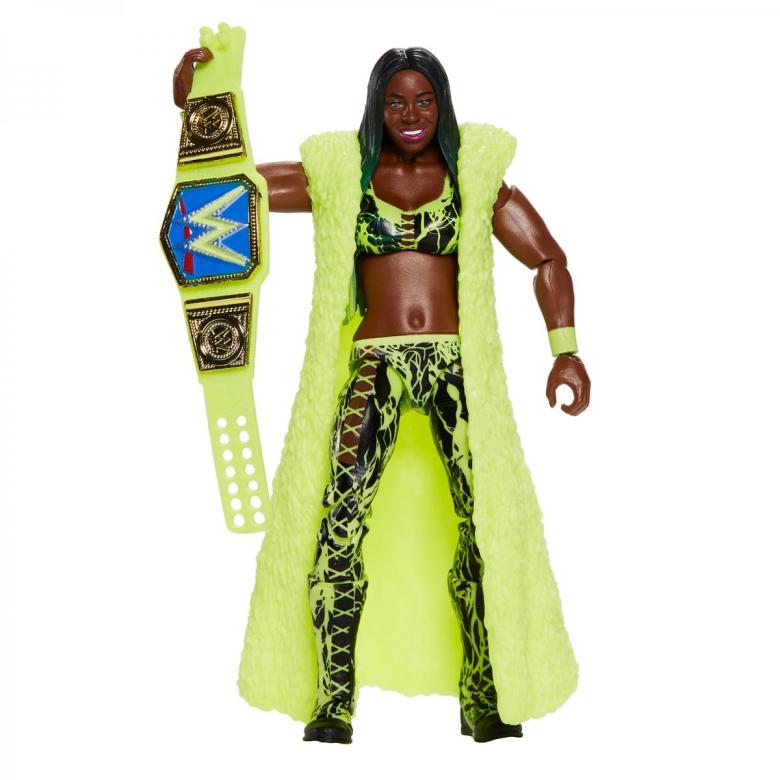