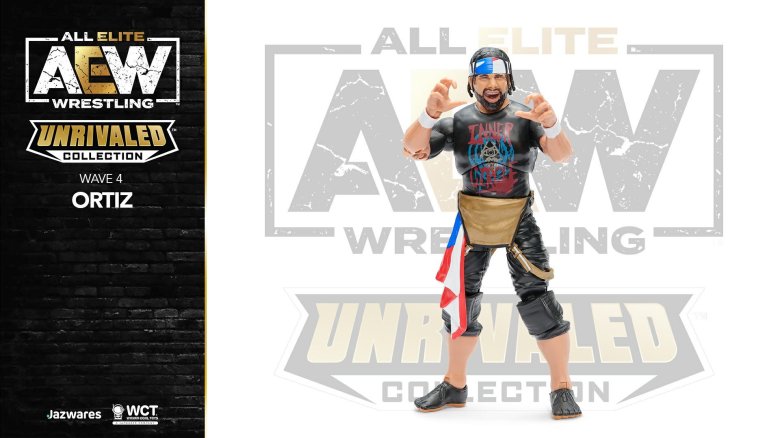 The last reveal in the wave, Ortiz of Proud and Powerful — and the Inner Circle.

Padawer began revealing the official photos in the wave Wednesday afternoon. First up was Kenny Omega. Second up, Cody Rhodes in Fyter Fest 2019 gear. Both feature updated head scans that are major improvements over the first wave of figures.

Sammy Guevara in his gear from the debut edition of AEW Dynamite followed. Guevara was the first figure known in the wave.

The six figures in the set — Santana, Ortiz, Kenny Omega, Cody Rhodes, Matt Hardy and Sammy Guevara — are available individually at Ringside Collectibles with a shipping date of mid- to late-April, as of this writing. They range in price from $25.99 to $27.99 each.