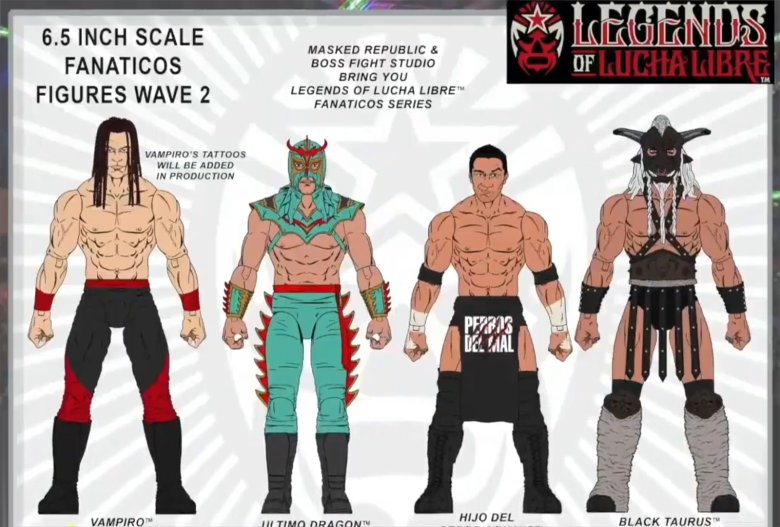 Boss Fight Studio shared the renders of the second wave of figures in its Fanaticos basic action figure line, including the former WCW stars of the 1990s and early 2000s. Notably, the company said Vampiro will come with his tattoos. 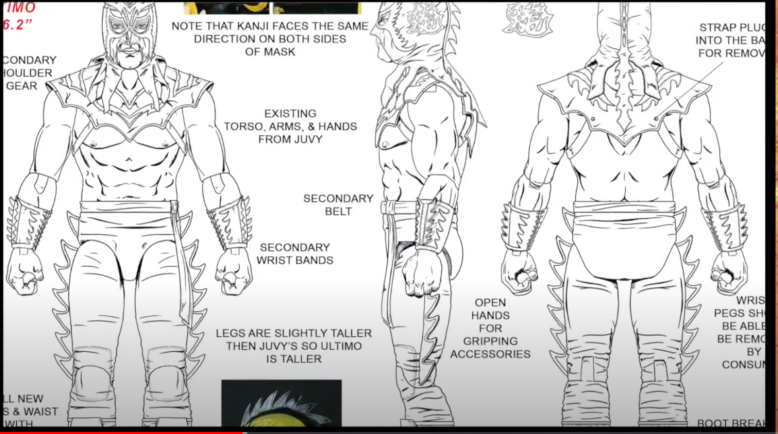 The first wave of Fanaticos figures is now available for pre-order — including Taya Valkyrie, Penta El Zero M (Pentagon), Rey Fenix and Juventud Guerrera — for $19.99. No word on ship date for those figures.

However, Masked Republic said the first wave of premium figures — Penta Zero M and Fenix — have finally reached the U.S. and pre-orders are expected to begin in the coming weeks. The wave first went up for pre-order in late October 2019 and nearly 18 months later is on the verge of shipping. Of course, the pandemic caused about a seven month delay in production to the expected year-long wait for the figures.

To avoid collectors getting disappointed by long delays on pre-orders in the future, the company is shortening the pre-order window.

Hey @MattFnWallace they finally hit U.S. shores from China! They will be in the warehouse this week and pre-orders will start to ship VERY soon. WE CAN NOT WAIT EITHER!

For collectors disappointed that many popular wrestlers are getting basic figures first, Masked Republic said there are plans for premium figures of many of those wrestlers in the future. In fact, Valkyrie, who recently signed with WWE, will be getting a premium figure in the Legends of Lucha Libre line.

Watch the video below for more on Boss Fight’s Legends of Lucha Libre line.