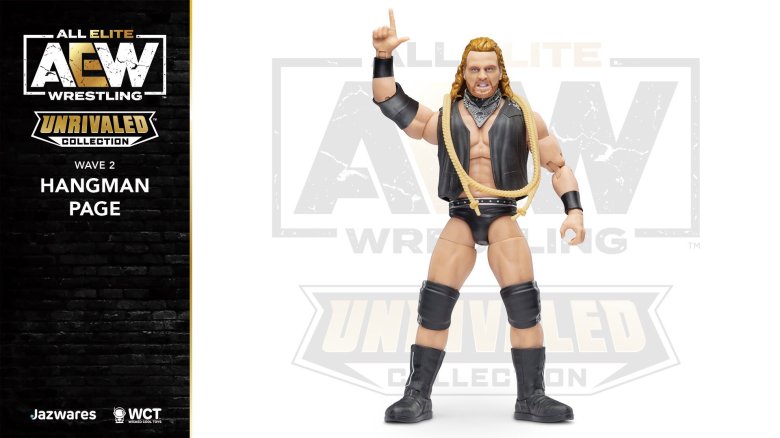 The next round of AEW Unrivaled Series 2 reveals came Monday afternoon with the unveiling of the forthcoming “Hangman” Adam Page and Rey Fenix action figures.

I believe this is the first time that the face sculpt has been shown as his bandana accessory covered the figure’s face at New York Toy Fair earlier this year.

The Fenix reveal also shows that the figure does not have the giraffe neck that some collectors had been critical. Thus, keep the faith.

Padwaer also laid out a schedule of releases for the coming days, with Jon Moxley and Penta El Zero M expected to unveil their finished figures on Wednesday.

And, on Wednesday… @JonMoxley and @PENTAELZEROM

More on that shortly!@AEW #AEW

On Friday, MJF and Dustin Rhodes revealed their finished figures in the series.

AEW Unrivaled 2 is expected to be available at brick-and-mortar Walmart stores and online via Ringside Collectibles, although pre-orders have sold out.